Why I hate arnica

This is a letter I answered many years ago about arnica. I have confession. I have learned to hate arnica. 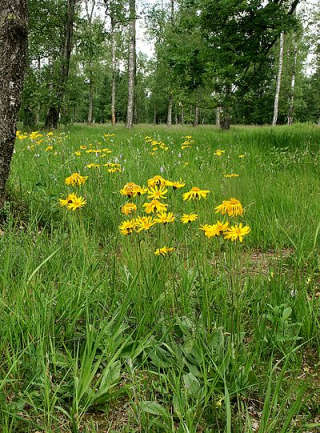 No, I don't hate the flower itself. I hate people recommending it. It's overharvested and endangered, for one thing, because of this pointless demand. And arnica is toxic (people have died consuming it).  Companies are legally required to dilute arnica so that it no longer exists in solutions that are sold as homeopathic.

I have heard so many medical professionals casually recommend arnica. It must just be an easy thing to remember.

You put a cream on your bruise. And OH MY GOD THE BRUISE EVENTUALLY HEALED! Does skin ever heal on its own? Is this a miracle?

All the good clinical studies I have read on arnica are dissapointing. I know it is an easy thing to remember, arnica for bruises. But if you are a medical professional, carefully read the Pubmed studies before you repeat what you hear. Just look at all the retractions.

You say that Arnica should not be taken internally but I was recommended
by my doctor to take it in pill form before having rhinoplasty. I got
the 6c strength and have to take 5 twice a day.

Indeed, while many herbs are safe, arnica is not one of them. People taking it internally have died. But what you are taking does not contain any arnica, because the "c" indicates it is a homeopathic remedy. So at least it won't hurt you.

Homeopaths believe that you can dilute an herb to the point of nonexistence in their preparations. They believe the water contains the "memory" of what was once in it.

This is an 18th century mystical belief that has never been proven by any scientific study, although scientists have tried to prove it and failed repeatedly. One French study published in Nature, where even the journal editors took the unusual precaution of saying they did not believe it but wanted people to try to at least duplicate the experiment, suggested that something might be going on, but the researchers were later found to have thrown out all the evidence that did not support their theory--they just said it was "bad data", although there was nothing really wrong with it. In science, you aren't allowed to throw out data that doesn't agree with your pet conclusion. That is called "data selection", and if you do it knowingly, it is a type of fraud.

Nonetheless, a lot of people still cite this discredited work as evidence for homeopathy.

For a typical homeopathic oral preparation (doing some quick calculations) a person would have to swallow a volume as large as the planet Jupiter to get one molecule of arnica, so you don't have to worry about any arnica in your preparation. For this reason, I don't personally recommend homeopathic remedies, even though they are very popular.

I hope that helps clear things up,
Holly