Articles on my family and ancestors. Although this is mainly for my family, we are all family if you go back far enough. 25% of my DNA is the same as a banana's. I think that's amazing.

In memory of John Erskine

March 18, 2022
It's my father in law's birthday today. John passed away in March 2019 and he inspired me a great deal in writing my latest book. John is Koyper the wise spaceman, telling us to appreciate each moment. 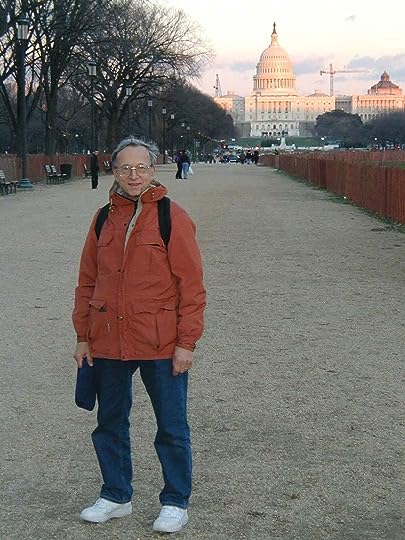 So today brings up all sorts of wistful thoughts. John inspired us all. So much of him lives on in my husband and his five siblings and of all their works and efforts today.

My husband Tim wrote this beautiful eulogy for his dad:

John Erskine was the grandson of Lincoln Erskine of Jacksonport, Wisconsin. Before the turn of the twentieth century, Lincoln built the historic hotel and extant root cellar at the site of the Erskine Rest Area in downtown Jacksonport.

In December of 1995, John Erskine wrote the following words to his family:

My special Christmas gift to you this year is a book of Rumi poems. Rumi? Who’s that? Another one of Dad’s enthusiasms! Well, save this book. Some day you may be in a place where that part of you that hungers for deep meaning will ask to be fed. Then take the book off the shelf and let some of its spiritual riches spill over you.

Well, there is a part of me now that is hungering for that deep meaning and is asking to be fed, so let’s hear a few words from Rumi:

When you eventually see,
Through the veils to how things really are,
You will keep saying again and again,
This is certainly not like what we thought it was

Among the greatest gifts we took from John was his unquenchable sense of wonder. John’s wonder encompassed both the breadth of science, and the realm of the mysterious. Science can measure and characterize our universe, and explain how the contents of our universe work, but it cannot explain the existence of our universe. Where science ends, a longing begins.

John continues: Answers to deep questions about the meaning of life cannot be spoken, only pointed at. Myth and poetry do that best.

I call this resting with the unknowable. Being okay with the state of forever not-knowingness. Which after all truly is our condition inside these bodies here on this planet of rock and water.

When my son, Jeremy was still a young boy, John gave me the book Iron John: A Book About Men by Robert Bly, a book about the spiritual wounds to men caused by the cultural abandonment of ritual. This book changed my life and Jeremy’s too, as he became the first man in our family to be initiated and to have his coming-of-age formally celebrated.

So how was a nuclear physicist also a contemplative? Some few days before he died, I stayed up with John while he slept. In the middle of the night, he spoke out loud and clear: “Short name––John Erskine. Full name––John Robert Erskine.” Turns out John built a ham radio as a young teenager, and these are the words he would transmit on shortwave along with his call letters, WF-9GQ. He could skip his signals off the ionosphere at night and talk to the crackly, ghost-like voices of fellow enthusiasts in California and Japan. To a boy in 1945 in a world without cellphones or the internet, his imagination must have cracked wide open.

When I was three years old, we lived in a rental house in Westmont, Illinois, a suburb of Chicago. The backyard was a modest square of shaggy grass enclosed by a picket fence. John had cordoned off a small area of the yard and I knelt near it, wondering what was so special about this little spot. He told me that if I looked closely, I would see a hole in the ground under the grass, and that I should put my hand into the hole.

Well, as an adult, one questions the wisdom of sticking their hand into a mysterious hole in the ground, as our experience tells us to expect mixed results.

My trusting child-self, without hesitation, reached slowly into the hole to see what was inside. In a few moments, my questing little fingers slid into a warm pile of furry baby bunny rabbits, a sensation I remember right now as vividly as if it were yesterday, these 56 years gone.

So, is it not the role of a parent to guide the arm of their child into the holes in life containing the baby bunnies? Rather than the ones containing the mousetraps and venomous Gila Monsters? As a parent myself, I learned that there is sadly no metaphorical arm to grab, and the stark limits to the circle of protection a parent can draw around a child.

We are thus left with hoping the conduct of our own lives imprints the traces of a path for the child’s life that at least offers a way to avoid the repetition of mistakes.

My sister, Lynn, observes that John was some kind of strange chimera between Carl Sagan and Mr. Rogers. 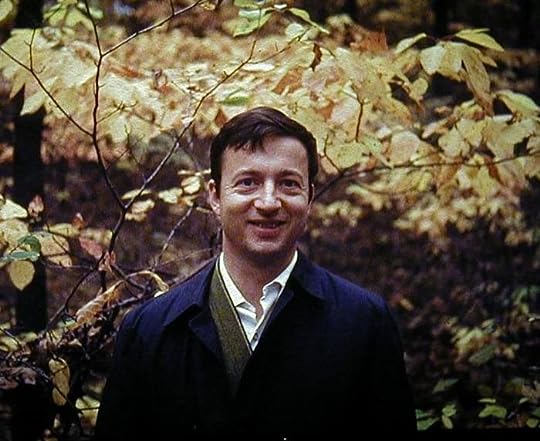 He was fascinated by the cosmos and astronomical wonders. In the 1970’s John purchased a photograph of the Andromeda galaxy, our nearest galactic neighbor. He proudly mounted it on a board and hung it in a prominent spot in our house. He bought me my first telescope when I was a teenager. When I was a man, he gave me the gift of a Hubble telescope photo of the Eagle Nebula, also called the Pillars of Creation, a birthing ground for brand new stars freshly ignited with nuclear fire.

John was a remarkably courteous and modest man. He never boasted about his own impressive accomplishments.

My wife, Holly, was especially struck by how John could give you his complete and undivided attention. While most of us are internally cooking up something clever to say as soon as the speaker has finished, John listened with focused intent. When you finished, he would ask you a follow-up question that was actually relevant to what you just said. “Nobody does that!” she noted.

During his illness, pretty much no matter what was going on physically with him, if you asked him how he was feeling he would always answer “I feel great!”

The brightest star in the northern constellation Corona Borealis is a binary star called Alphecca. Alphecca is about 74 light years from the Earth.

Perhaps unanticipated by the young John in the year 1945, alone in his small closet in the nighttime hours in the north suburb of Milwaukee, Wisconsin, his eager voice, encoded in the shortwave radio photons, swept through the ionosphere and into space at the speed of light. Photons, carrying no mass, will travel without loss across the universe. Which is why we can use telescopes to photograph galaxies billions of light years away.

John’s photons have been expanding in a sphere away from the Earth for 74 years. In a few moments, out in the stellar system of Alphecca, a sufficiently sensitive radio receiver could record the measure of an intelligence, in an alien but beautiful language. That hopeful voice is saying “WF-9GQ. Short name–– John Erskine”. This measurement of John’s intelligence will sweep past the star and continue on its journey into the depths of the mysterious cosmos. In 7,000 years it will reach the Pillars of Creation, and in 2 million years it will reach the Andromeda galaxy.

John would marvel at how a cosmos of nothing but energy and particles could eventually self-evolve a sentient being, this being then radiating the energy of its intelligence back into the cosmos from whence it arose. Each of us also live within this bewildering interweaving of waves and energies and leave behind our crisscrossing trails and marks, the brightest spots being where we cohabited a location in space and time in love and companionship. 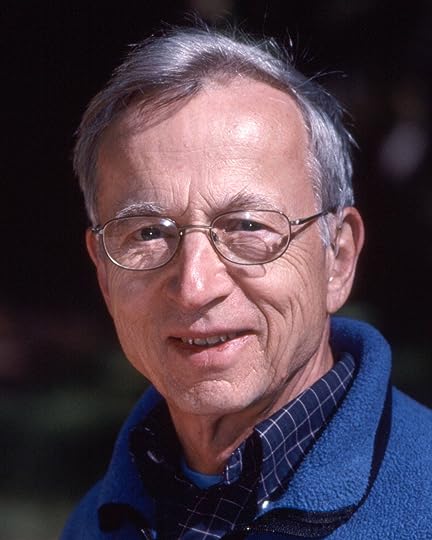